‘After gaining my university degree, I started a career in PR and Marketing. It focused on the cultural sector, particularly on theatre and the performing arts. During my close collaborations with producers and theatre makers, I was amazed by the enormous amount of talent in the Dutch theatre industry. At the same time, many of these qualified individuals were not given the opportunity to share their talent and make a living. They would often need side jobs to make ends meet.’
‘A second problem I stumbled upon were the people around me expressing their desire to visit the theatre, but never actually going because of various reasons. Having to work late for example, so they could not arrive at the venue in time. Or the fact that their idea of a great night out also involved catching up with friends and not just watch a show for several hours. The people that were intending to see a show, would not know where to start in their search. And the final reason was not having the budget to regularly visit the theatre.’

‘It broke my heart to see that while there was a basic interest in theatre, its original presentation kept people from going. Supply and demand simply did not add up. When I discussed this problem with my partner, he replied “Could you find a way to connect the two? Providing a stage for talented professionals while at the same time, creating a concept that meets the needs of their audience?” This is how TapasTheater came into being. People get the same high-quality content, but the format in which it is presented is different. Instead one three-hour show, we offer four twenty-minute shows.’

‘Our audience can decide if they want to visit only one show to still have time for a chat and a bite to eat, or visit two shows in a row, have a quick drink and then visit another show. The pick ‘n mix concept of TapasTheater allows our audience to shape their evening according to their needs. It is theatre on demand; In the mood for a drink and a bite to eat? Cool. See a show or two? Great. Combine the two? Perfect!’

‘We open our doors at 07:00 PM and close at midnight. From 07:30 PM to 10:30 PM we offer sixteen shows. This set up allows people to drop by later in the evening and still have time to see a show. Our venue has four theatre rooms that each present one show. Four theatre makers present their twenty-minute show four times in a row. TapasTheater attracts a wide audience; from theatre buffs to newbies, from city slickers to country folk – free parking on Sunday’s – and from millennials to elderly people. We cater to all.’

‘The theatre makers performing at TapasTheater are so talented! I love watching them create their shows and interact with our audience. Our concept works both ways; while theatre makers can do what they love, our audience can have a great night out. I am glad to make theatre more accessible to a larger audience. Everyone wins. To see my initial idea come to life is so inspiring. It makes me want to keep going and build something that lasts.’

…Mentor: ‘Fred Boot, my first boss in PR and Marketing. When he was young, he read the book ‘Soldier of Orange’ by Erik Hazelhoff Roelfszema and watched the film starring Rutger Hauer. At a later stage, he decided to turn that story into a musical. Despite people questioning him and expressing feelings of doubt about turning a war story into a musical, Fred stuck to his idea. Today, ‘Soldier of Orange – The Musical’ has welcomed more than 2.7 million visitors and has been running for eight consecutive years. It turned out to be the most successful musical of the Netherlands ever.’

‘When people question the concept of TapasTheater or the fact that we created it without requesting any subsidies, I think of Fred and his unshakeable belief in his project. We still speak to each other and exchange ideas.’

…Series: ‘Even though TapasTheater keeps me busy 24/7, I make time to watch Dutch series. High quality productions like KLEM inspire me. From experience, I know that the Dutch film industry does not pay very well, but that does not keep film makers and actors from giving it their all to create high quality productions. Their level of professionalism and love for film making is clearly visible in series like KLEM.’

…City: ‘New York. When it comes to theatre, New York ranks high on my list. Its variety of shows and the quality is outstanding. In New York a genre like musical is not frowned upon and considered bourgeois. In the Netherlands, most people see musicals as loud and happy hands shows. That is different in New York, where a wide audience enjoys a variety of shows and truly values the level of professionalism of the theatre makers.’

‘At the same time, I really enjoy living in Amsterdam. The fact that it houses the Rijksmuseum and other cultural institutions makes me a very happy inhabitant. There are so many inspiring places to choose from, to get my cultural kick!’

…MixDrink: ‘I do not drink any alcohol, so I cannot present you with a typical boozy cocktail. Instead, I really enjoy a healthy green smoothie. In times like these, when I am working non-stop, such a dose of vitamins gives me a powerful boost. When I have a minute to spare, I add a load of vegetables and some apple to my blender and take my time to enjoy the result.’ 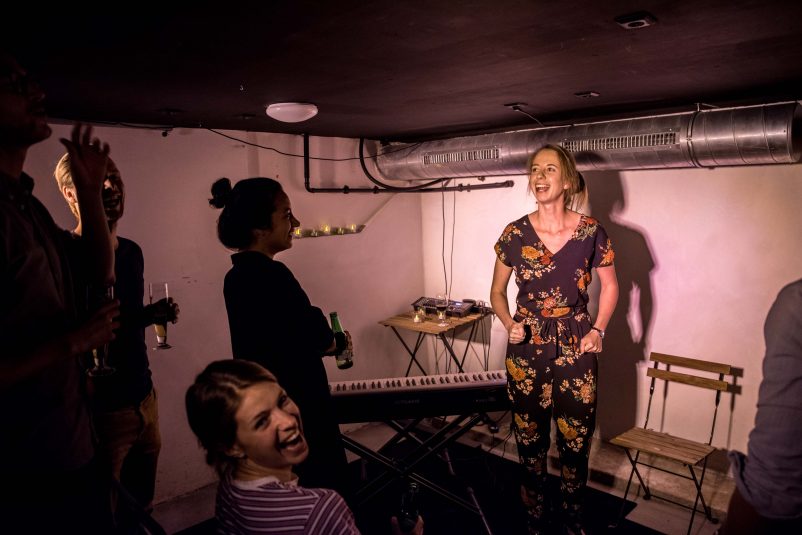 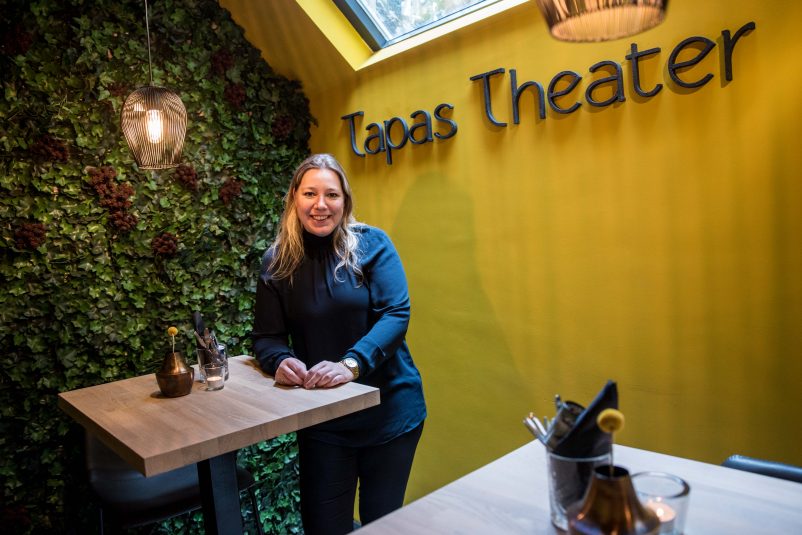 You can find us here

Get two tickets for the price of one! Visit TapasTheater and enjoy the theatre shows. Claim your gift beneath and we send you the deatils.