Years before vegan food became as popular as it is today, The Dutch Weed Burger was introduced by Mark Kulsdom and Lisette Kreischer. Since then, the business has grown, and the product range has expanded, but their initial idea of seducing a large audience into becoming aware of their role in the food industry by serving tasty plant-based burgers made from 100% Dutch organic seaweed, is still the same.

‘I was working as a freelance video journalist, when Lisette – author of many successful plant-based cookbooks and initiator of the Ecofabulous lifestyle – and I were asked to come up with a vegan food option for Mysteryland, the largest dance festival in the Netherlands. Having successfully completed this task, we were inspired to dig deeper into the world of vegan food and sustainable living. Back in 2011, a plant-based lifestyle was not as common as it is today.’

‘During a trip to New York, Lisette and I were blown away by the variety of options and the tasty food we ate, and we documented our experiences in a road movie. This insight and the fact that Lisette had previously explored the use of seaweed for one of her cookbooks resulted in creating The Dutch Weed Burger. We were motivated to serve people a different take on the original meat-heavy hamburger and make it so tasty that they would come back for more.’

‘When Mysteryland approached us again, we grabbed the opportunity to pilot The Dutch Weed Burger at their festival. Together with a renowned chef, we designed our concept and successfully started serving our burgers. Since then, we have joined their food line-up each year and many other festivals – such as Lowlands – have joined our list of clients. Festivals are a great place to introduce a plant-based, sustainable lifestyle to a large audience. By serving tasty food, we try to seduce people into becoming more conscious of their role in the environment.’

‘We were motivated to serve people a different take on the original meat-heavy hamburger and make it so tasty that they would come back for more.’

‘In 2016, SONY in London approached us to serve lunch at their Innovation Day. Early one morning, we jumped on a plane and were greeted with great enthusiasm. “You are the rock stars of the food industry,” one of their employees told us. And we were treated that way too!’

‘We are proud of our role in making a plant-based lifestyle accessible to large audience. When we started in 2011, veganism was still considered alternative and quite stuffy. By using professional online marketing tools, The Dutch Weed Burger could share an ideology that was previously only known to a small group of people. By serving our product we are also serving our vision of making the world a better place.’

‘We keep innovating. At the very beginning, we were forced to use French seaweed as it was not available in the Netherlands yet. In 2013, Rebecca and Jennifer started Zeewaar, a sustainable seaweed farm in the Dutch Oosterschelde. We are proud that nowadays, our burgers are made with 100% Dutch organic seaweed. The Dutch Weed Burger is part of an important evolution in our global food chain. The idea that we need to make a change now is becoming ever more apparent.’

‘With our food trucks, our restaurant in Amsterdam and our role as supplier to established restaurants in the Netherlands and Belgium, we are reaching more and more people. Next to an increasing client-base, we are also expanding our range of products. We are known for our Dutch Weed Burger, but we also offer The Dutch Weed Dogg, Sea Nuggets and Seawharma. It is our mission to offer high quality, tasty plant-based products. Our ultimate goal is making people aware of their influence on the food chain and inspire them to make a positive change. The time is now.’

‘The people of Sea Shepherd greatly inspire me. Devoid of any commercial motive, they protect our seas from cultural and capitalist-inspired wrongdoing. Through their actions they make us aware of what is going on, even though many countries and organisation rather keep things a secret.’

‘Jurgen Verweijen, founder of Silverback Protein, is one of the few vegan bodybuilders in the industry. He is the living proof that a plant-based lifestyle can offer the right proteins and amino acids to become successful in the competitive world of body building. He shows that sustainable living and a macho, result-driven culture can go hand in hand.’

…Netflix series: ‘I really enjoy watching The Million Pound Menu. It follows chefs on their road to success. How do you evolve from a street food vendor to an established restaurateur? I find it inspiring and informative to watch these episodes. Being an entrepreneur involves continuous learning. Successfully implementing newly acquired knowledge can set you apart from the rest.’

…documentary: ‘Cowspiracy; The Sustainable Secret has inspired many people to make a change. Through analysing his own plate of food, filmmaker Kip Anderson uncovers the destructive power of the food industry and investigates why the world’s leading environmental organisations are too afraid to talk about it.’

…restaurant: ‘In October, The Dutch Weed Burger will be part of London’s VegFest again; two days filled with presentations, shows, films and more than 275 stalls with quality vegan products. Two years ago, I met Rebecca and Pat; the people behind Temple of Seitan. These days, the queues in front of their now legendary London-based vegan fast food business are endless. It shows that vegan food is becoming the new norm. People are ready to implement plant-based food into their diet. What is more, large businesses are now selling plant-based products to attract a new audience and make a profit. It shows that we have come a long way.’

…MixDrink: ‘Green Jasmine Kombucha by The Buch Brothers, a local start-up here in Amsterdam run by Nicolas Adam, with an extra shot of gin, some lemon, ginger and chili.’

Year of Birth: 1976
Country: The Netherlands 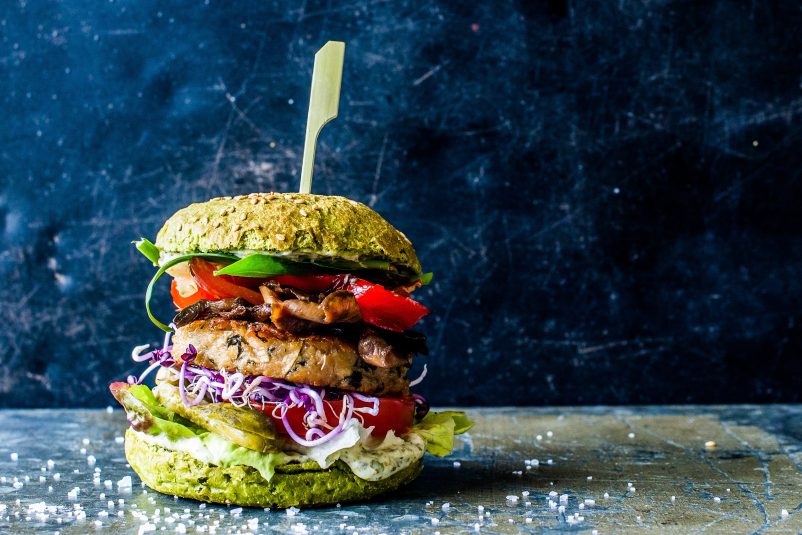 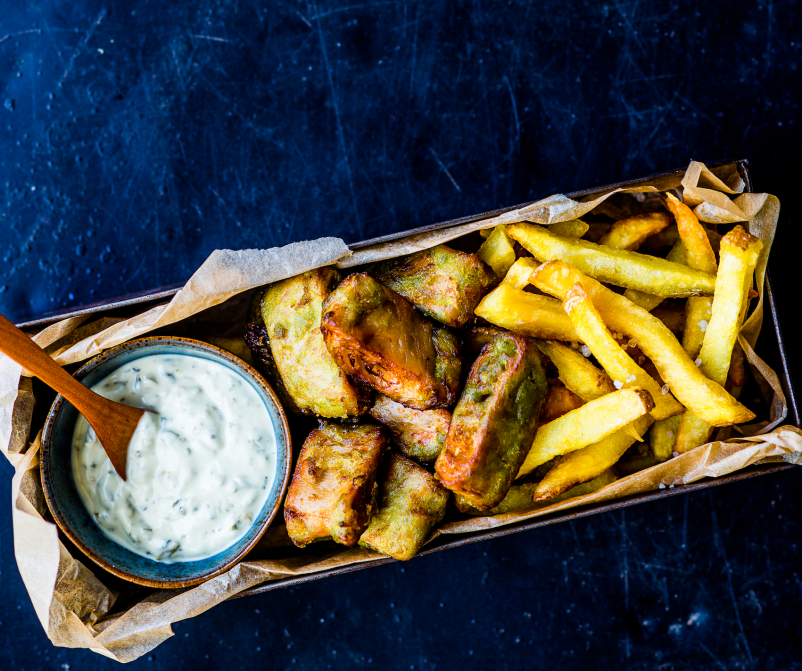 Shall we keep you posted?