‘At the Rietveld Academy, I was accepted based on my illustrations. From an early age, I have always been drawing. This continued throughout my studies and later on, when I was working in the fashion and retail industry. Only two years ago, I decided to fully focus on illustration.’

‘At the Rietveld Academy, Juul van den Heuvel taught me how an illustration is set up. This stuck with me, even to this day. After graduating, I moved to Antwerp to work with Tim van Steenbergen and he asked me to illustrate some of his fabrics. Upon my return to Amsterdam, I became the manager of SPR SPECIALS, the second store of SPRMRKT on the Rozengracht. Here, I could further experiment with the concept of illustration. I drew on the window and instead of having the mannequins wear clothes, I had them wear illustrations of these particular items. Then I started shop, studio and gallery and Soepboer & Stooker at the Overtoom, together with Berber Soepboer, who I knew from the Rietveld Academy. We represented established names such as BLESS and Christian Wijnants as wel as new talent. And we organised monthly exhibitions, fashion-related workshops and had our own label Soepboer & Stooker. Eventually, we closed our shop.’

I have the tendency to zoom in on things. Whenever I spot something of interest, my eyes immediately zoom in and all I can see are details.

‘When I decided to fully focus on illustrating in 2016, I was aiming to work for newspapers and magazines and from there on expand to illustrating books. This has worked out pretty good so far, as I am currently illustrating for the Parool and Volkskrant and my postcards are sold at several (book) stores. Today, new clients are approaching me instead of the other way ‘round. The investment that by producing A Drawing A Day – a concept that featured on my Instagram page when I just started my illustrating career – seems to be paying off.’

‘I would love to expand my working relations on an international level. To me, this also means working for clients based in the Netherlands while I am abroad. I experienced setting up a studio anywhere I like when the Parool asked me to deliver a series of illustration for their summer columns. We were on holiday in Italy at the time, but I had taken all of my drawing materials with me. I could start immediately, and everything turned out great! When I set my mind to illustrating two years ago, this was the kind of freedom that I envisioned.’

‘Still, I would love to illustrate a book and I am currently analysing the possibilities. I would also love to do something similar to the collaboration of Dutch designer Sigrid Calon with Japanese retailer Uniqlo. With her iconic graphic design she transformed the interior of their store on Fifth Avenue store in New York into one large installation. It complemented both the store’s architecture as well as Uniqlo’s collection. Being able to do something similar would give me the chance to combine my love for fashion, retail and illustration. ‘I get inspired by anything that is around me. This morning, when I took the tram to my studio at De Werkwinkel + Meer at the Czaar Peterstraat, I found myself staring at the intricate pattern of the beautiful coat another passenger was wearing. I have the tendency to zoom in on things. Whenever I spot something of interest, my eyes immediately zoom in and all I can see are details. I lift them from their original context. When I was in London the other day, I spotted several bin bags lying on the kerb. These had a beautiful shade of pink and the way they were stacked was inspiring too. I immediately started taking pictures.’

…Art: ‘In London, I visited the Tate Museum. There, I was inspired by the work of Beatriz Gonzalez. She designed a 140-metre-wide silkscreen-printed curtain depicting a scene of Turbay Ayala (the 25th president of Gonzalez’ native Colombia) entertaining his guests. The scene changes according the way in which the curtain is creased.’

…Design: ‘Designer duo BLESS has been inspiring me since my time at the Rietveld Academy. At our concept store Berber and I had the privilege to represent them in the Netherlands. In their Paris and Berlin studios, they create collections that bring fashion, interior and technology together. I regularly attend their shows at Paris fashion week. They work in a very conceptual way and weave together various sources of inspiration in an all-encompassing collection. They cleverly mix input and output and erase existing borders between fashion, interior and technology.’

…Music: ‘Since I started my Instragram project A Drawing a Day, I have created virtually all of my illustrations while listening to the meditative music of Joep Beving, Arvo Pärt and Simeon ten Holt. Their music allows me to get fully immersed in my work. Whenever I am finished, I like to play something more upbeat like Nicolas Jaar, Jungle by Night, Queens of the Stone Age or Eels. John Frusciante’s album Curtains – released in 2005 – must be one of my all-time favourites.’

…Place: ‘Berlin’s borough Mitte houses a fabulous stationary store called R.S.V.P. Papier in Mitte. They sell my favourite Kaweko pens – which De Werkwinkel + Meer also recently added to their collection. When browsing their shelves, I can completely lose track of time. This also happened to me when I was in London, visiting a shop that is specialised in stamps. Such products inspire me in my work as an illustrator.’

…(Web) Shop: ‘De Werkwinkel + Meer. Although I have happily worked from home in the past, I am glad to keep my working and private life separate nowadays. I really enjoy having a studio at De Werkwinkel + Meer, where founder Lian Aelmans sells beautiful items including blankets by Slowdown Studio and the unique postcard-sized art curated by Post Modern. It keeps me inspired to be surrounded by such great work. Lian herself inspires me too. As a graphic designer, she helps me when I have questions about how to transform my work into a limited edition riso print, for example.’

…MixDrink: ‘Whenever I order a Gin & Tonic, I enjoy making it my own by adding things like cucumber, lemon grass, chili pepper or cloves. The different combinations of these additional ingredients give my Gin & Tonic a personal character. And as an illustrator, I am also drawn to the design of the labels on the bottles of gin.’ 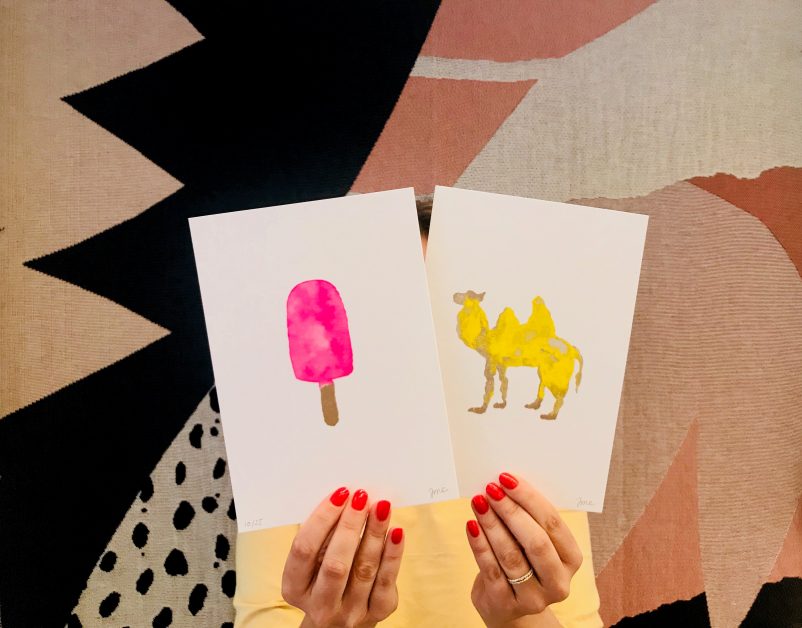 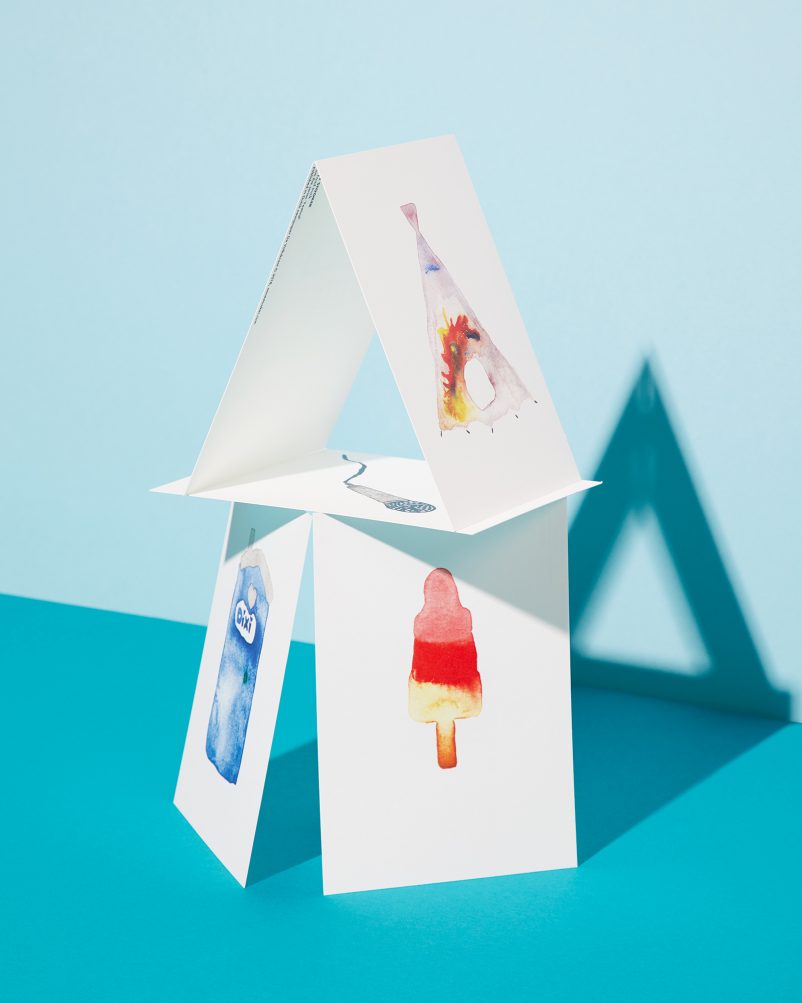 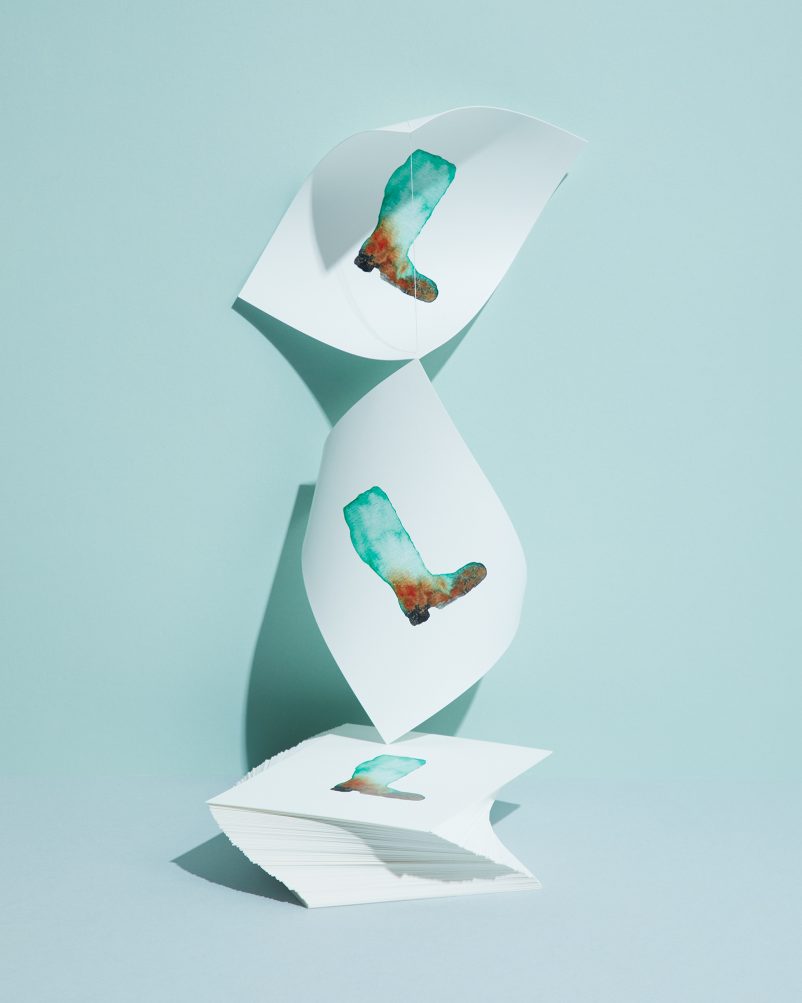 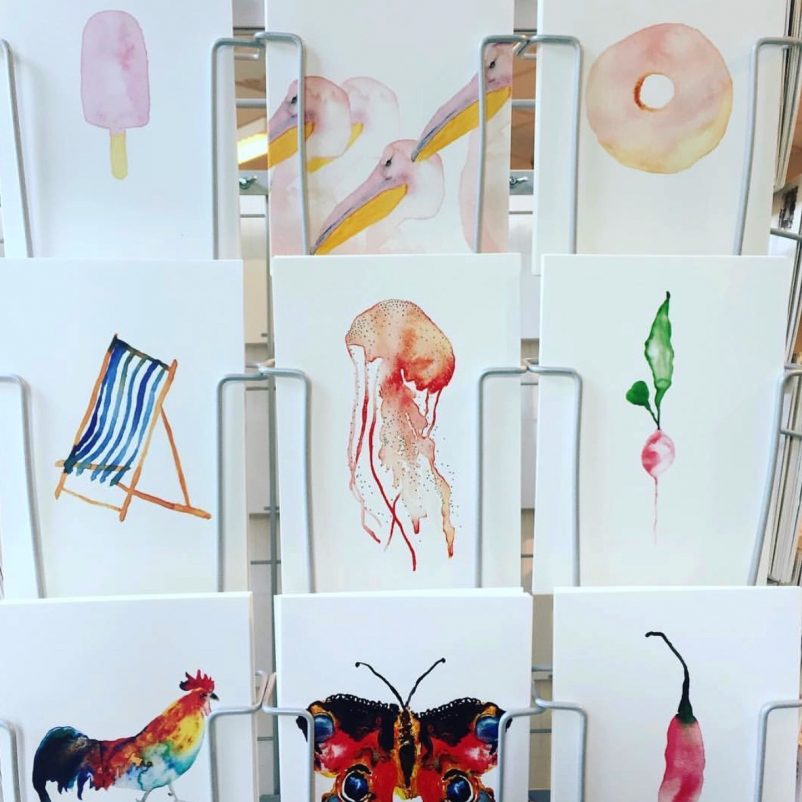 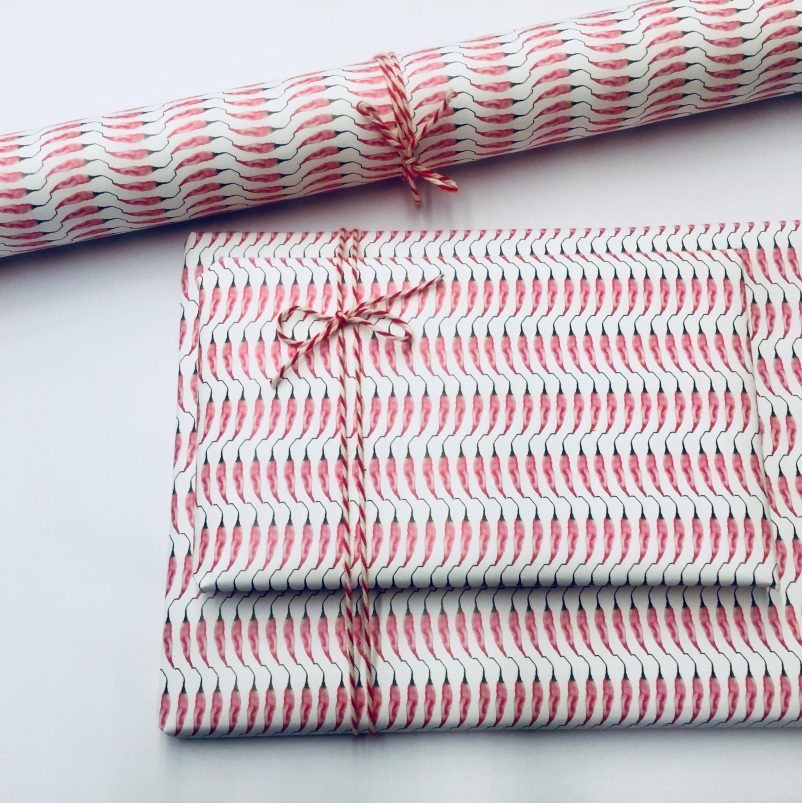 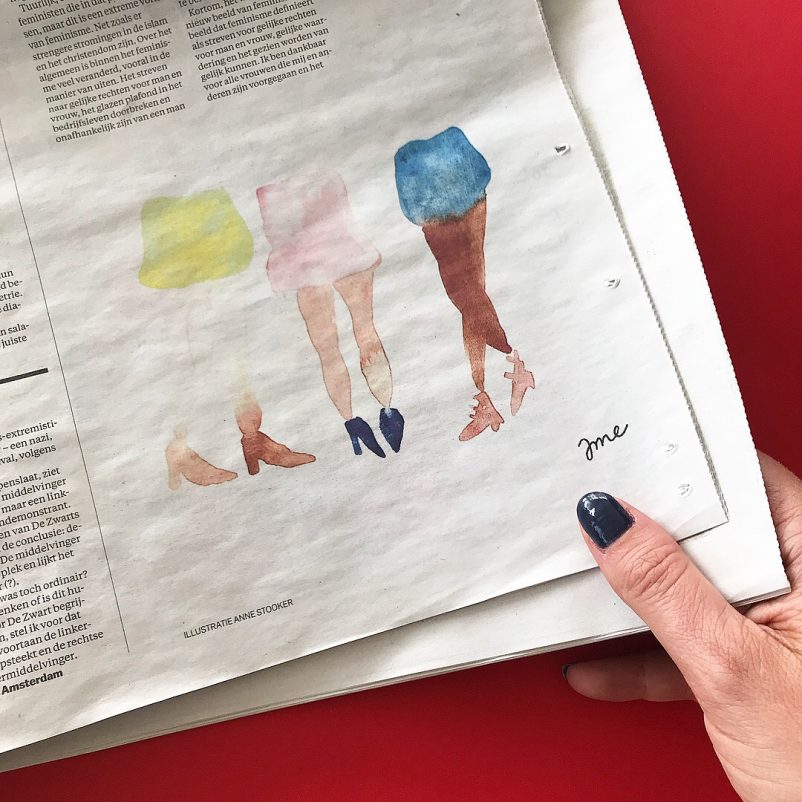 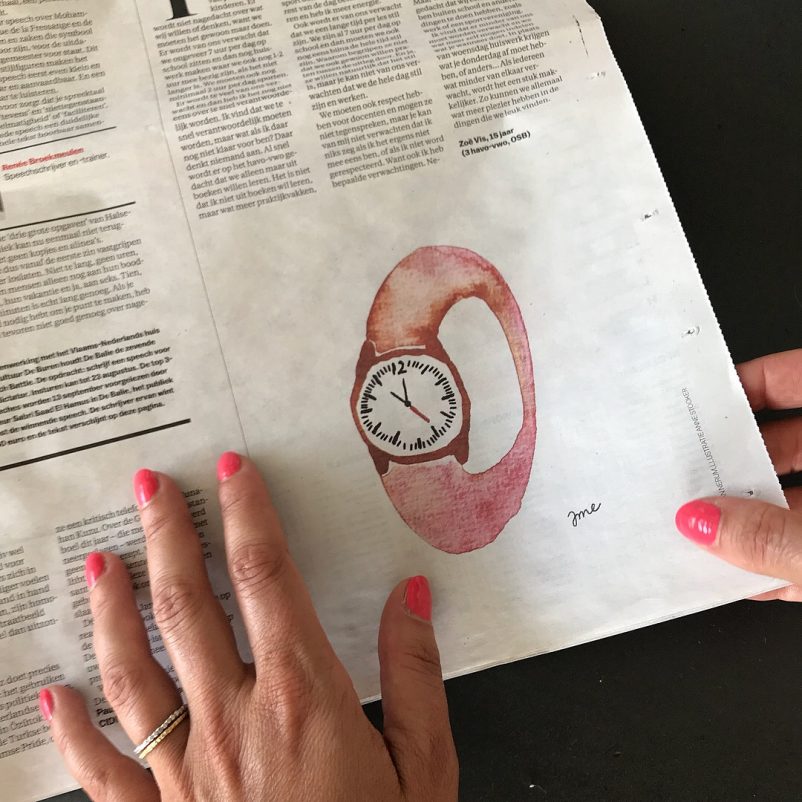 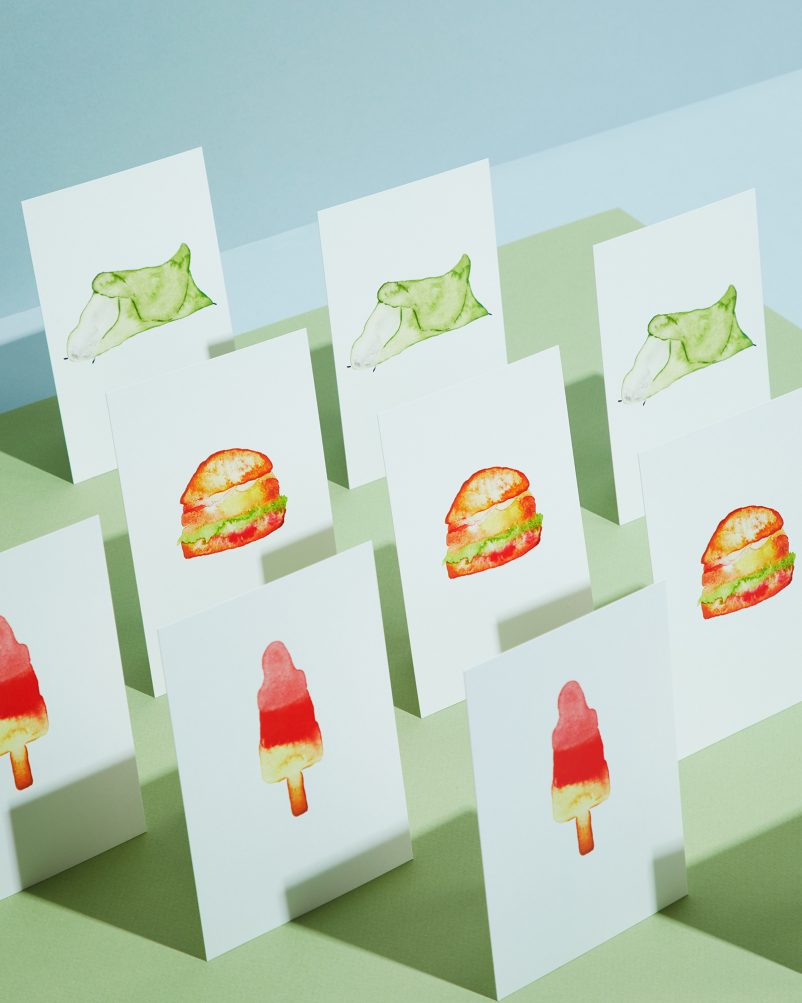 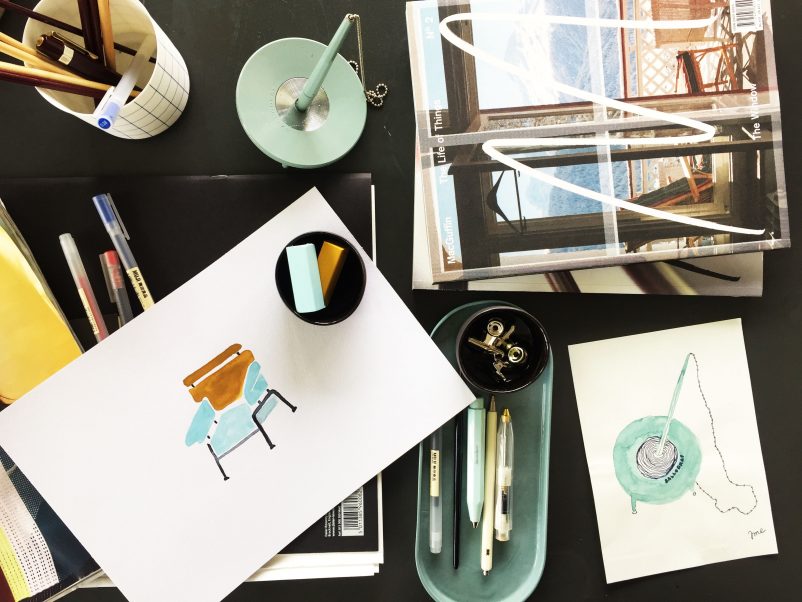 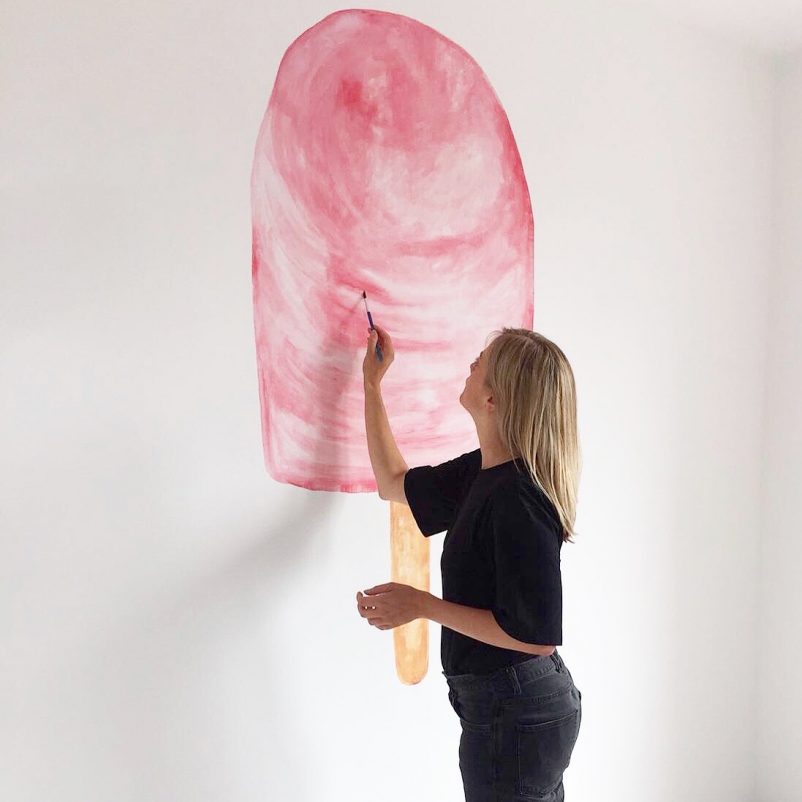 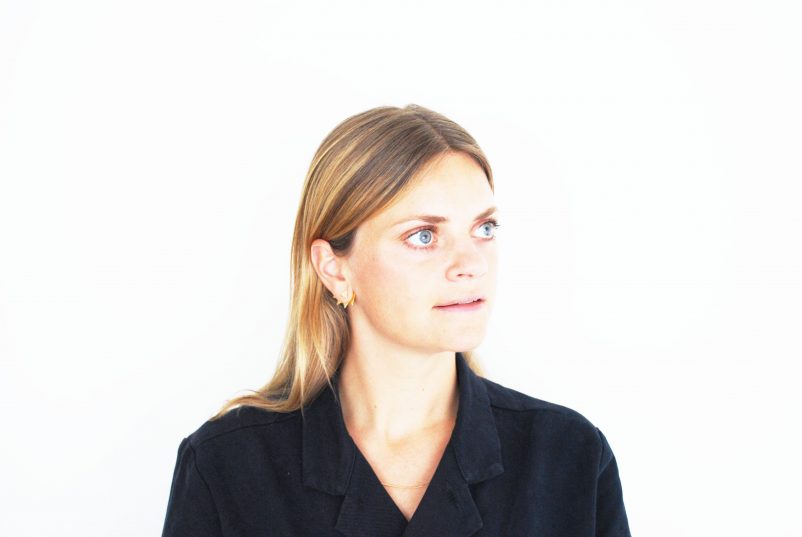 Loved my story? I would like to offer you a 10% off discount code for my limited edition Risoprints. Claim your gift and we will send you the details.